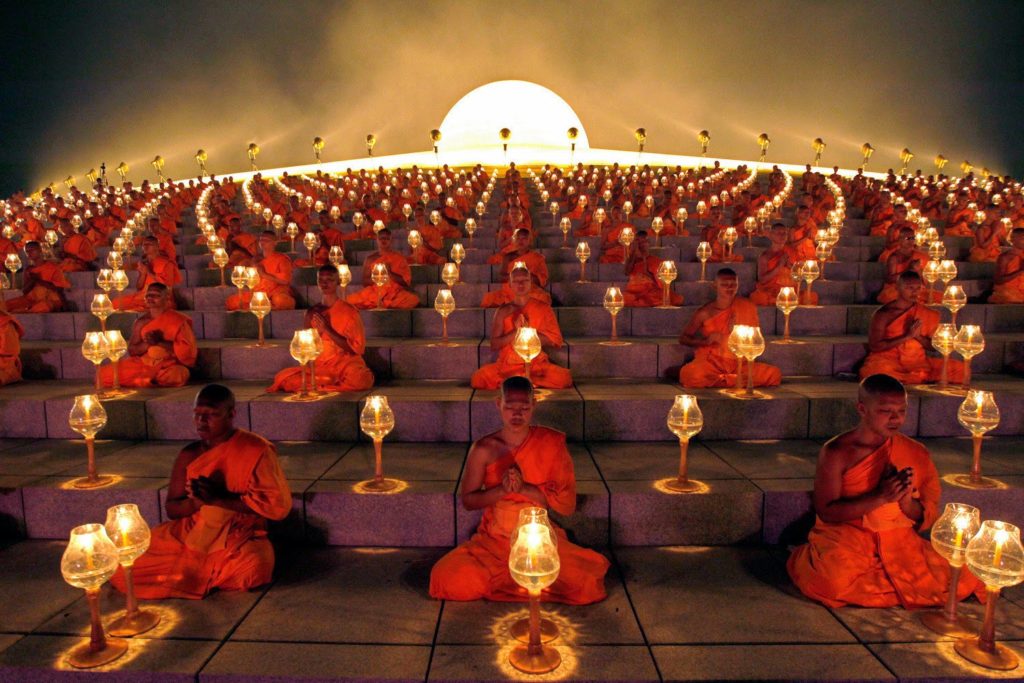 The power of peace-creating mass meditation to decrease warfare and terrorism has been tested repeatedly. The results produced by temporary peace-creating groups (lasting weeks or months) have been consistently positive—with nearly immediate reductions in war deaths averaging better than 70%. In addition, the one peace-creating assembly that lasted for several years was accompanied by a history-transforming wave of peace around the world. Most of these studies have been carefully scrutinized by independent scholars , then accepted for publication in mainstream academic journals.

Reduced warfare in Lebanon: During days of high attendance at a group of peace-creating experts in Jerusalem,war deaths in neighboring Lebanon decreased by 76%. Increases in attendance at the peace-creating group also correlated strongly with reduced crime, traffic accidents, and fires, and with improved economic indicators.

The same study also demonstrated improvements in a wide variety of social indicators—including crime, traffic accidents, fires and the stock market. These various measures ordinarily have no correlation (you can’t predict the stock market by watching crime statistics, for example). The fact that they all improved together—in correlation with increases in meditation attendance—strongly indicates that peace-creating assemblies radiate a generalized influence of harmony and coherence throughout society that can be measured many different ways.

Replication on warfare in Lebanon: During seven different peace-creating assemblies—in a two-year study of the nearly continuous fighting in Lebanon during the mid-1980s—war deaths decreased by an average of 71%. Some of these assemblies were large (7-8,000 peace-creating experts) and distant (as far away as Fairfield, Iowa, USA)—indicating that the peace-creating effect can radiate worldwide. DETAILS >

Wave of global peace: During the one large peace-creating assembly (8,000 experts) that continued for several years (1988-90), major conflicts in the world all came to an end—including the Soviet invasion of Afghanistan, a seven-year war between Iran and Iraq that had killed millions, and, most notably and unexpectedly, the Soviet-American Cold War that had threatened the world with nuclear annihilation for forty years. DETAILS >

Scientific acceptance: Time after time, independent scholars have judged this research to be sound.

By now peace-creating assemblies have been thoroughly field-tested in more than 50 demonstration projects, and most of these demonstrations have been covered in 23 academically published scientific studies.

Repeated findings: The more frequently a theory has been tested, the more confidence scientists place in the results. Nearly all of the published research on peace-creating assemblies reports on either a number of separate assemblies in one study (replication), or one assembly that increases and decreases in attendance many times.

Lead-lag analysis: In studies where attendance at the group of peace-creating experts varies over time, it is often possible to directly assess causation through lead-lag (or transfer function) analysis. Such analysis shows which changes first: peace-creating attendance or social violence (crime, war, etc.). In all the studies in which such lead-lag analysis has been possible, the evidence shows that the meditation attendance changes first, and the measures of social violence soon after. This strongly indicates a causal role for peace-creating groups, and has been decisive in the publication of key studies.

Ruling out alternate explanations: To be convincing, any study must rule out alternate possible explanations for the results. Since violent crime, for instance, typically increases as daily temperature increases, researchers must account for temperature changes in their analysis. In these studies, researchers have carefully demonstrated that alternate possible explanations—such as weather, regular weekly, monthly or seasonal changes, changes in police patrolling, etc.—cannot account for the evidence.

Studies easily replicable (use of open public data): One of the most convincing aspects of this research is the open, public nature of the evidence. Much sociological research is based on privately gathered data that other scientists can only accept on faith. The research on peace-creating groups, on the other hand, is doubly public:

This public nature of the evidence means that any given study is replicable by other researchers—a strong safeguard for scientific accuracy.

This is the dawn of new era of peace makers through meditation. This subtle activism could be the key to unite humanity across borders synchronise our intentions for peace and establish long lasting peace in areas of long held conflict. David Nicol from the Centre For Subtle Activism and the author of Subtle Activism: The Inner Dimension of Social and Planetary Transformation says this:

“Subtle activism is the use of spiritual or consciousness based practices for collective transformation; which distinguishes it from the usual focus of using spiritual practice for personal development. We’re not looking at this as a substitute for external action or the practical action that of course needs to happen in the world, but exploring nonetheless that this approach could form a crucial piece, a foundational piece in the shift that we need to make on the planet.”

This is no longer in the realms of science fiction instead is fast becoming scientific fact. Inner peace can now lead to world peace. A Meditation Revolution is what is needed; not a violent or military uprising instead an uprising of wisdom and compassion through the hearts and minds of all people. Meditate everyday and dedicate your efforts to healing the wounds of wars and creating a peaceful and loving world.