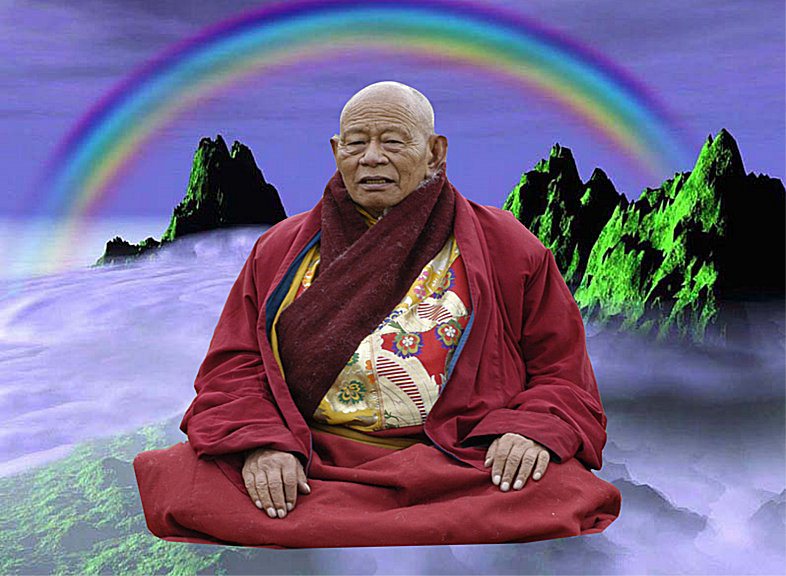 There is an advanced spiritual practice within the Tibetan Buddhist tradition known as the Rainbow Body practice, it consists of the practitioner being able to dissolve the course aspects of their body and mind into light at the time of death and even during their lifetime. Thousands of people have witnessed the amazing occurrences including stunned Chinese prison guards who have locked meditation masters away in prison cells only to discover they’ve completely vanished.

The rainbow light that is witnessed at the time of death is a manifest symbol of the energies of clear white light which the Meditator has successfully dissolved their physical elements back into. According to the ancient Tibetan spiritual traditions, our planet is alive and sacred; and the five elements of earth, water, fire, air, and space are not just natural resources but can be considered fundamental aspects of a living universe. These five elements also correspond to the five wisdoms of enlightenment which are all aspects of a universal consciousness.  As I mentioned this is an advanced practise but I would like to give an overview here to inspire people to what’s possible within the human condition.

The rainbow body phenomena could be a universal experience not just for Tibetan Meditation Masters. The Christians have become very interested in these cases and a Catholic priest – Father Francis Tiso has studied it in-depth and even went to Tibet in the mid 90’s  to investigate further. He wrote his finding in a Christian publication about the universal potential and implications of the phenomena:

“It suggests that the alleged resurrection of Jesus Christ was not an isolated case, but shines as an example of what may be possible for all human beings.”

Tibetan Buddhist teachings say we are all beings of light and the Rainbow Body training is primarily to remove the blockages and obstacle that prevent this reality to manifest in full view. The Tibetan Buddhist explanation of who we really are consists of  a trinity, as appears in so many other spiritual traditions. The trinity we consist of is:  an omnipresent formless filed of consciousness, a subtle light/sound/bliss energy body and the individual expression of physical appearance. Very similar to what I understand God, the holy spirit and the son to represent. This trinity is a seamless whole that represent different aspects of the one thing. 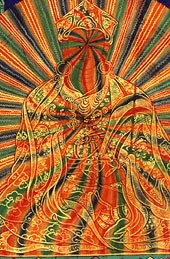 Greatly realized beings who attain the rainbow body at the time of death leave behind only nails, hair, and occasionally cartilage. They dissolve into the middling level of the trinity; the light/sound/bliss level; represented by the holy spirit in Christianity. The dissolution process may take up to seven days, during which time the body shrinks progressively. There are  incidents of “partial rainbow body attainments” in which the master or yogi halts the dissolution process before it is complete in order to leave behind holy relics for their students. These relics have also been witnessed transforming into crystals or multiplying. I must admit such a thing happened at the Tibetan Buddhist monastery I was living at when the pearl like relics seemingly multiplied over night.

Remarkable and as yet scientifically unexplainable things happen to these great Masters at the time of death.

“The elements of the body shrink as the light aspect of the elements become more apparent and the gross aspect become lessened. The body grows small and takes on a younger and more luminous quality. Sometimes the process is incomplete before the consciousness completely leaves the body. In that case the corpse can be quite small and young looking. Such was the case with H.H. Dudjom Rinpoche, if you go to his stupa (grave) you see he’s quite small looking the size of an 8 years old.”

A further example is found in the research of Friar Francis Tiso of Our Lady of Mount Carmel, who collected eyewitness accounts of the death of Khenpo A-chos in 1998:

“A week before the Khenpo died, a flat rainbow appeared over his house. Those present at his death told Fr. Francis that they saw the wrinkles on his skin disappear and the skin become smooth and shiny like that of a young boy’s…Everyone present noticed a sweet fragrance, like perfume. Outside the hermitage they saw rainbows in the sky…the body was shrinking but [his disciples] saw no signs of decomposition.”

If you hadn’t thought of it already it’s what happened to Obi Wan Kenobi when he allowed himself to be struck down by Darth Vader. His body immediately dissolves into space, however he merged with the force and continues to guide and mentor Luke on his path to Jedi enlightenment. I know Star Wars is just a movie, but it is a pop culture example that millions are familiar with, and yet another idea that George Lucas borrowed from Eastern Mysticism.

There are many tales and legends of the great beings who attain the rainbow body within Tibetan culture. While it is understood that only
highly realized beings reach that state, the many individuals whose storied deaths left the signs and traces that they had attained the body of light are people from peasants and farmers all the way up to the highest lamas and rinpoches. Certain famous historical figures in Tibetan history, including Padmasambhava and Milarepa, are often depicted in paintings in rainbow body form. However, not only do teachers in the modern day recount incidents of the rainbow body from their memories from Tibet, but contemporary masters have attained the rainbow body themselves. It has been unofficially asserted that 13 incidents of the rainbow body have been observed in the last hundred years within just one tradition. Dudjom Rinpoche is one such example, among others, including the 16th Karmapa.

David Wiclock reports that there are over 180,000 documented cases of people transforming into a “light body” after death. He has made a fascinating presentation detailing the events and showing evidence of footprints left behind by numerous Masters who when they achieve a level of realisation in the Rainbody Body practise they can also manipulate matter and leave hand or feet marks in solid rock. This is another widely known phenomena in Tibet and thousands of Buddhists each year go on pilgrimage to the caves where these Masters have literally left their mark:  you can watch Wilcock’s presentation on YouTube here.

In fact Tibetan Buddhists widely venerate masters and yogis who have achieved this level of realization, for the rainbow body is said to make the enlightened body of the Buddha visible to practitioners who are able to see them. Thus it is a manifestation of the Buddha’s great love and compassion, and gives hope and faith to practitioners. Westerners too, may be reassured by mention of an American who achieved full rainbow body attainment found in Bokar Rinpoche’s book Tara: The Feminine Divine.

These esoteric rainbow or light body teachings are still available in the present day, and great masters who have attained this state are still found. Therefore the rainbow light body is not merely a fascinating historical phenomenon, but a living tradition. Part of the training is to visualise yourself as made of rainbow light and is relatively easy to do. I have found this practice very rewarding and allows a feeling of lightness and joy to emerge. The psychological reason for this particular visualisation is to stop and replace our everyday projection of who we are, in other words replace our mundane projections of ego and imagine something much closer to the truth of our who we are. This visualisation has enormous potential for unlocking immense love, universal wisdom and the unlimited power to achieve our dreams here on earth.

Intuition is the Highest Form of Intelligence