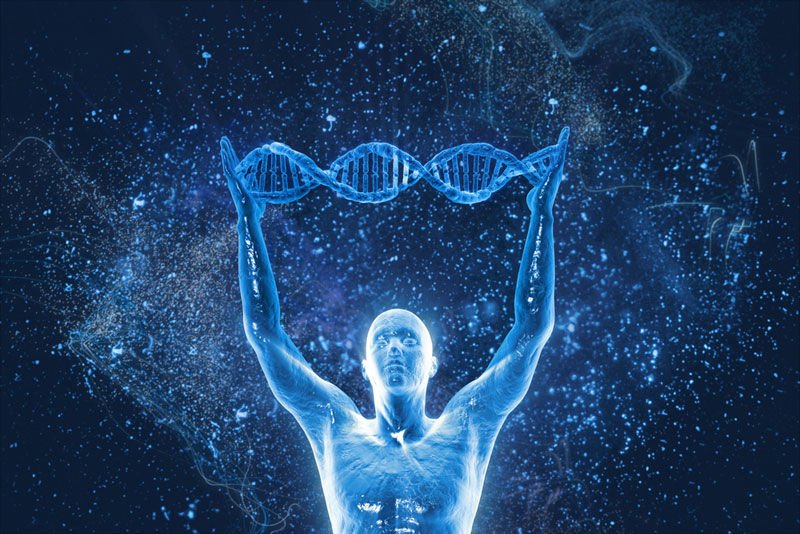 Theoretical physicists have confirmed that it’s not just the information coded in our DNA that shapes who we are—it’s also the way DNA folds itself that controls which genes are expressed inside our bodies.

We all learned in high school how Watson and Crick pieced together the findings of many scientists to come up with a model of deoxyribonucleic acid (DNA).  Information in DNA is stored as code sequences made up of nitrogenous bases. Each cell has the same sequence of codes but executes a different function. Code sequences determine the type of protein to be produced in a certain cell, but it is hypothesized that the mechanical properties of the DNA acts as a second layer of information.

Each cell in our body contains around 2 meters of DNA. But since our cells are so tiny, DNA strands have to be tightly wrapped into bundles called nucleosomes in order to fit
Learn more about DNA and nucleosomes in the video below:

he folding mechanism of DNA is believed to play a large role in how genes are read by the rest of the cell. Biologists have started to isolate mechanical cues that determine how DNA is folded. Now, theoretical physicists from Leiden University in the Netherlands confirmed through computer simulations that these cues are actually coded into our DNA.

Physicist Helmut Schiessel and his group simulated the folding of DNA strands with randomly assigned cues. The team used genomes of baker’s yeast and fission yeast to find correlations between the mechanics and the actual folding structure of DNA in the two organisms.

The results confirm that this second layer of information exists. This led them to conclude that genetic mutations are not just caused by a change in the sequence of codes but also by a change in the way the strands are folded. This simulation may be helpful in hiding unwanted sequences like those that cause diseases.

The study has been published in the open-access journal PLOS ONE.
Source: https://futurism.com/physicists-confirm-theres-a-second-layer-of-information-hidden-in-our-dna/

The Strange Link Between the Human Mind and Quantum Physics