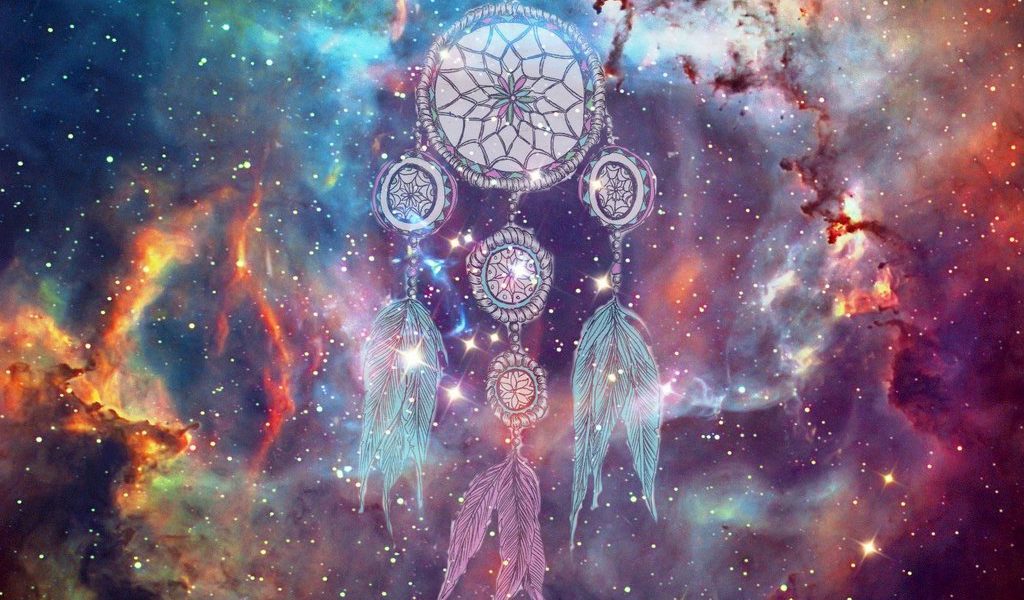 In this world there could be a copy of yourself making different decisions and seeing places that somehow later manifest themselves in your dreams.

For thousands of years people have wondered about the meaning of dreams. Why do some people dream about future events? Why are some dreams full of hidden meaning?

Can some of our dreams be glimpses of events taking place in an alternate reality, a parallel Universe?

Our ancestors were as curious about dreams as modern scientists are today. Ancient Greeks and Romans believed dreams provided messages from the gods. In ancient China people treated dreams as a way to visit the world of dead. Ancient Egyptians were convinced that those who could interpret dream possessed special powers.

Many Native American tribes and Mexican civilizations believed dreams were a different world we visit when we sleep.

The word “dream” comes from an old word in English that means “joy” and “music.”

Today we know that dreams are often expressions of thoughts, feelings and events that pass through our mind while we are sleeping.

Dreams can be in color and include all the senses – smells, sounds, sights, tastes and things we touch. We know more about the science of dreaming because researchers can take pictures of people’s brains while they are sleeping.

Over the years scientists have learned a lot about dreams, but there are still many things that remain unknown.

We will elaborate more on the subject and raise the idea that some of our most mysterious and special dreams could be glimpses from invisible parallel worlds that exist next to our own reality.

For almost a hundred years science has been haunted by a dark secret: that there might be mysterious hidden worlds beyond our human senses.

Mystics had long claimed there were such places. They were, they said, full of ghosts and spirits. The last thing science wanted was to be associated with such s uperstition, but ever since the 1920s physicists have been trying to make sense of an uncomfortable discovery. When they tried to pinpoint the exact location of atomic particles like electrons they found it was utterly impossible. They had no single location and this is one of the reasons why scientists are becoming more and more interested in the possible existence of parallel worlds.

The only explanation which anyone could come up with is that the particles don’t just exist in our Universe. They flit into existence in other universes, too and there are an infinite number of these parallel universes, all of them slightly different.

In effect, there’s a parallel universe in which Napoleon won the Battle of Waterloo. In another the British Empire held on to its American colony.

In one you were never born.

“By this very definition of “universe,” one might expect the notion of a multiverse to be forever in the domain of meta- physics.

Yet the borderline between physics and metaphysics is defined by whether a theory is experimentally testable, not by whether it is weird or involves unobservable entities. The frontiers of physics have gradually expanded to incorporate ever more abstract (and once metaphysical) concepts such as a round Earth, invisible electromagnetic fields, time slowdown at high speeds, quantum superpositions, curved space, and black holes. Over the past several years the concept of a multiverse has joined this list,” said Max Tegmark, Professor at the Massachusetts Institute of Technology.

“The fundamental problem of cosmology is that the laws of physics as we know them break down at the instant of the Big Bang. Well some people say what’s wrong with that, what’s wrong with having the laws of physics collapse? Well for a physicist this is a disaster. All our lives we’ve dedicated to the proposition that the Universe obeys knowable laws, laws that can be written down in the language of mathematics and here we have the centrepiece of the Universe itself, a missing piece beyond physical law,” Dr. Michio Kaku says.

In a parallel world there could be a copy of yourself. The life of this person has been identical to yours in every respect. Still, there are certain things you and your copy might do different. Perhaps he or she now decides to put down this article without finishing it, while you read on. Your timelines are similar but not identical because you co-exist in alternate worlds.

People often have a recurring dream about a place they never visited, or even heard of. Perhaps such dreams are glimpses from what one experienced in a parallel Universe.

Sometimes people dream about events that have not yet happen but will take place in the future. Such dreams could also be incoming images from an alternate world where you are living a different life.

Who knows, perhaps some of our most special dreams are a window into a parallel universe. This is of course pure speculation, but without speculation and scientific curiosity we will never be able to learn more about the secrets of the Universe and our reality.

We can express is as Professor Tegmark once said. “When we ask a profound question about the nature of reality, do we not expect an answer that sounds strange? Evolution provided us with intuition for the everyday physics that had survival value for our distant ancestors, so whenever we venture beyond the everyday world, we should expect it to seem bizarre.”